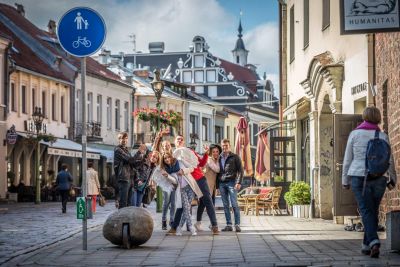 Together with Kaunas Municipality, we have prepared an ambitious programme for our guests: 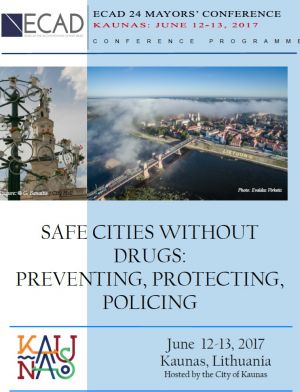 Also, on the occasion of the Conference, Prevention Days will be held in Kaunas on June 9-13th.

“Mobile Info Desk” will be presented with a program against smoking, alcohol and use of drugs  through the foreign educational measures (the simulated mouth of cancer patient; the glass of resins; eyeglasses of being visibly drunk or intoxicated by drugs; 3D suitcase of consequences of drug abuse; measuring of carbon monoxide (for smokers)); blowing bubbles instead of smoking; dissemination of information about harmful addictions; tasks and games for youth; parent and specialists will learn about the card of intoxication of drugs and its possibilities.

appy to present the first tentative programme for the Mayors´ Conference in Kaunas. Kaunas municipality and ECAD are working hard to finalize the last details these weeks. 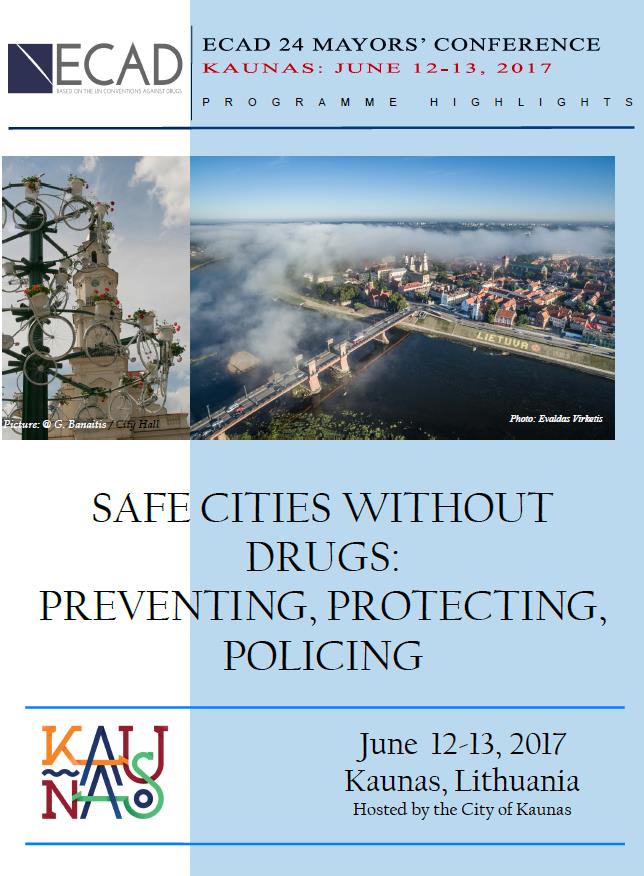 We dedicate this conference to Preventing, Protecting and Policing drug crime and unwanted social behaviour.


You can register for the conference by filling in the Conference Booking Form and sending it back to This email address is being protected from spambots. You need JavaScript enabled to view it.

Download ECAD Conference Booking form below. Kindly fill it in and send back to ECAD at This email address is being protected from spambots. You need JavaScript enabled to view it. or fax it to +46 8 508 29 466.
Conference Booking Form

You book your hotel accommodation yourself.
The preferred hotel choices are Best Western Santanka Hotel and Kaunas Hotel. There are lots of reasonable hotel choices in the area.

Book for annual Mayors` conference before May 1, 2017

Please register before May 1, 2017 by filling in the Booking Form and returning it back to This email address is being protected from spambots. You need JavaScript enabled to view it..

Best Western Santaka Hotel and The Kaunas Hotel are available for ECAD conference guests at a special negotiated price by May 1, 2017.

You book your accomodation yourself, contact your chosen hotel and state that yours is an ECAD booking.

It is very convenient to use both hotels` shuttle service offer to get to Kaunas if you arrive at Vilnius airport. The service costs 80 € and you will receive this offer when your booking is received and approved by the hotel you choose.

Kaunas in summer is a wonderful place to be, the old city is often called a "Paris in a miniature" and the city has been announced as the European capital of culture.

Use this opportunity to get to know more about Kaunas and the ways of preventing, protecting and policing safe cities this June!


Our thoughts and hearts lies with the residents of St Petersburg and Stockholm who both suffered from vicious acts of terrorist madness within just a couple of days.

The attack in St Petersburg resulted in at least 14 dead victims and many more wounded. It is still too early to call out an exact number for the attack in Stockholm, so far 4 deaths have been confirmed.

ECADs main office is situated in Stockholm and our staff was only a short distance away from the site of the attack. Unconfirmed rumours spoke about gunfire a few blocks away in another direction. The choice between staying in office or trying to reconnect on foot with their families using small alleys and streets suddenly became a matter of life and death for our staff.

Fear, uncertainty and a sense of unreality yet also keeping calm, solidarity and rational thinking characterized the residents of Stockholm yesterday.

Already a number of heroes can be called out. First of all, the truck driver whose vehicle was hijacked yet who actively fought and resisted by putting himself in the way of the hijacked truck, should be recognized for his bravery. Several by passers rescued pedestrians into shops and cafés away from the runaway truck. Many others assisted stranded commuters with housing and logistical assistance. Police, medical and rescue personnel deserve a great shout out for their efforts yesterday and last night.

Our impression of the authorities’ efforts to uphold security and investigate those guilty of the attack is good. Police agencies seem to work well together, be rehearsed and professional in their dealings with the general public and media. Two arrests have already been made in northern Stockholm and the police have been very present in the streets during yesterday.

We now hope the perpetrators have been arrested, and we can leave the immediate dangers behind us. For the future, terror must be fought with both hearts and minds. Our hearts and our courage should prevent us from allowing fear to dictate or limit our lives. Our anger should be directed at the perpetrators of the crime and all those who sympathize with, facilitates, or actively assist similar deeds. All the rest of us are one and the same.

Our minds must recognize that we have so far underestimated the threat of terrorism. The police have acted admirably in this case, but prevention efforts have so far largely failed. No society can completely insulate itself from these type of acts. Yet, much can be done to counteract and disrupt plans on terrorism among individuals and groups.

We know, and have known for some time, that organized crime and jihadism are becoming two increasingly intertwined phenomena in a growing number of districts in our cities. In those districts the state is in retreat and police find it difficult to take action against social unrest and drug trafficking and to prevent young people from becoming lured into gangs.

It is urgent that we apply strong measures of repression to combat the sleeping cells of terror and returning IS fighters we know have been accumulating in our cities and who plans new acts of terror in other European countries. It is also urgent to bind the rest of us together into a oneness of all of us. The latter should be done with a big heart. 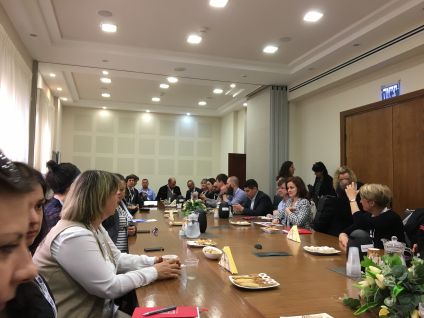 n issue on the world map of drug policy.
25 countries were represented at the first module of this training that was held in Haifa,  Israel. Israeli Anti-Drug Authority (IADA) hosted the training and the focus is on NPS demand reduction.

A lot of new prevention and intervention techniques were shared with the participating group and the user`s perspective was provided. A stress on the global approach when choosing the intervention and the control over the risks of the NPS use were underscored by the organizers.

ECAD was interested in defining the NPS user groups in order to tailor the prevention tactiques and to learn more about alternative legal responses and the legislative initiatives of Israel seem quite unique.
The challenges of detecting and identifying the NPS are still the same for the police and the health sector, while the number of users with double diagnoses is growing.

The discussions of what was innovative in the Israeli approach to prevention and intervention with the NPS use patterns are of great value for ECAD. We look forward to continue with the second training module this May in Alicante, Spain.

Contact us if you find this topic interesting for your city and we will be happy to share the latest info with you. 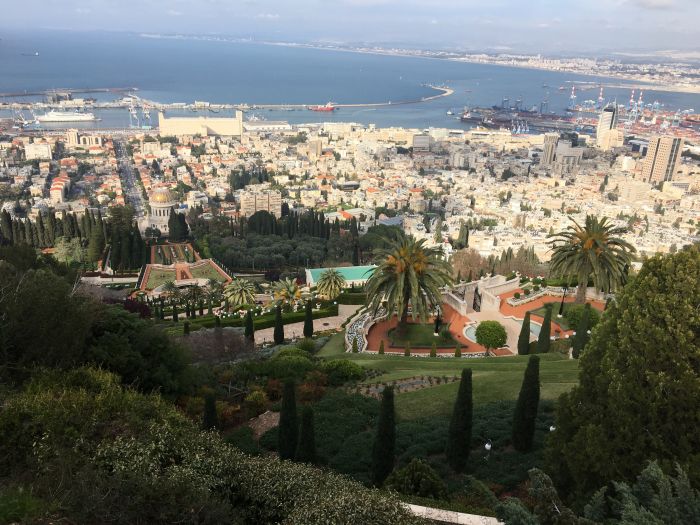 ECAD's activities from year to year culminate in the annual ECAD Mayors Conference, hosted by a distinct ECAD member city every summer. Councillors and other politicians and policymakers convene with academics and civil society organizations to participate in seminars and study visits, discussing the latest developments in drug prevention efforts throughout Europe.

The World Forum and Mayor’s Conference is a meeting place for people from all continents who are working to prevent drug abuse, ensure evidence-based and gender-sensitive practices, increase access to treatment, and to promote recovery and reintegration services. This global forum is one of its kind where NGOs, self-help groups, treatment centres, scholars, local, regional, and national authorities, politicians and other decision-makers, and others from around the world will meet to share evidence and best practice experiences. This year’s World Forum will include three main tracks: Prevention, Treatment/Recovery, and Advocacy, which will stretch over 1,5 days followed by the WFAD Congress and ECAD Mayors plenary session.

We are proud to announce that the Forum was inaugurated by UNODC Executive Director Ghada Waly and will be joined by experts from around the world.

and 6th World Forum Against Drugs

Text to the slides (PDF)
In Columbia, a peace deal has been struck, which gives hope for a closure of insurgency and violence. (PDF) 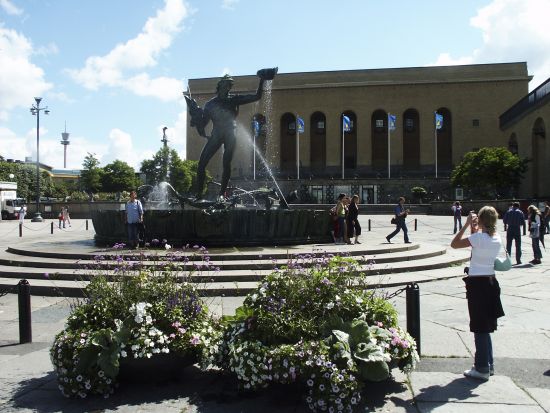 Annual Mayors` Conference and the 6th World Forum Against Drugs will take off on May 14-15 in Gothenburg this year.
This joint event will address a growing interest to the effective prevention practices, full recovery and alternatives to incarceration and to life-long dependency on drug treatment.
The conference will create a room for elaborating a practical guide to how a recovery city will look like, this will be grounded on the recent evidence-based research. Sheffield Hallam University (UK), Ghent University (Belgium) and the City of Gothenburg have already started working on this guide in practice.

In order to find out more and to register please visit a joint webpage here. 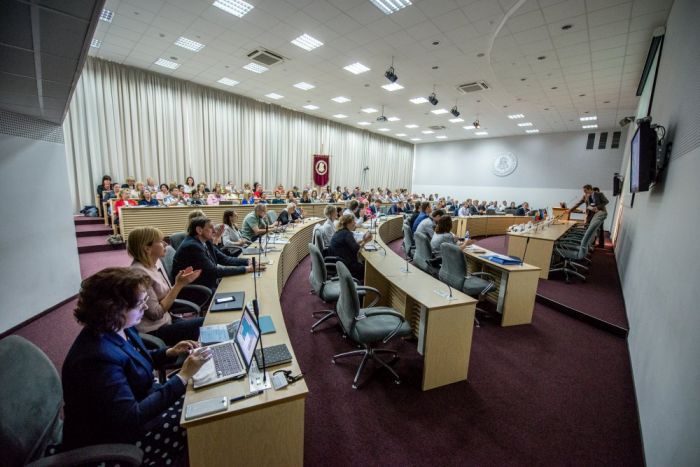 Preventing terrorism and countering violent extremism and radicalisation that lead to terrorism: 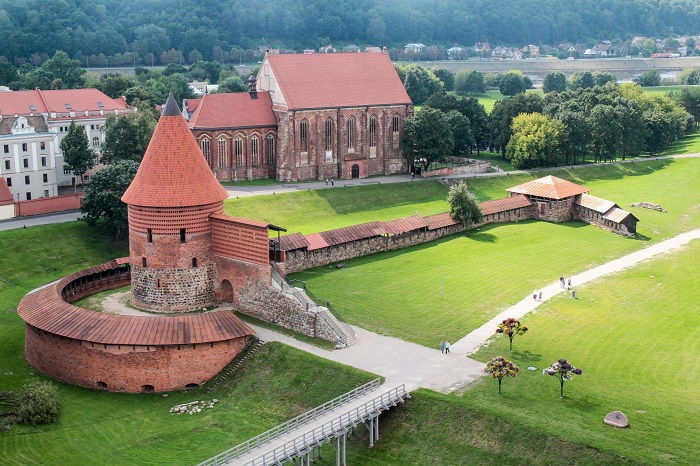 The ECAD Resolution, crafted at a conference to increase cooperation between cities, provides inspiration and hope for areas with particularly difficult drug problems. The signatories to the resolution will affirm their decision to fight against the spread of drugs.